Our day was broken into two parts. The first part was an extended door knocking session which began at 10 AM and ran through to 1 PM. Our whole team was involved in getting alongside some members from Church @ the Peak to invite people to Grill the Pastor later that night, as well as the Easter events coming up. Two of our team members started chatting with a Muslim couple 30 minutes in and it lasted until 1 PM; ending with the couple expressing a keen interest in hearing more about Christianity. The majority of the teams were able to meet with people who expressed a deep desire to come to an event over Easter and many more expressed a positive experience of Christianity because of Church @ the Peak’s 13 yearlong footprints in the community.

Praise God for the fruitful conversations that were had and how all involved experienced his good provision. Praise God for the way he sustained the team throughout the challenging and painful conversations where people either rejected us or expressed frustration with us. Pray that Church @ the Peak would be able to receive God’s good blessing from this faithful work long after Mission Week is over. 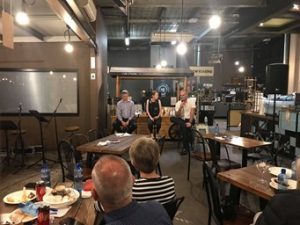 During the night, Erina, Paul Grimmond, and Stu Maze (pastor of Church @ the Peak) sat on a panel and were asked fundamental questions of the Gospel in a Q+A session which was titled ‘Grill the Pastor’; a night to ask any question about Christianity that you’ve always wanted to ask. Some of the questions in the night included, ‘Why is Christianity the only way?’, ‘Isn’t chaos a sign of God’s absence?’, ‘Explain the trinity’, and ‘Why are Christians hypocritical’, just to name a few. There were over 60 people who attended and more than 10 of those people were non-Christian; a few expressing that they want to keep exploring Christianity now and wanted to come to church the next day.

Praise God for the way He spoke through the three panellists and that the Gospel was clearly laid out multiple times in multiple questions. Thank God for the people who made this event possible and for the people who were able to have their questions asked in an open and honest way. Pray that this event would be the start of people’s journeys towards a saving relationship with Christ. 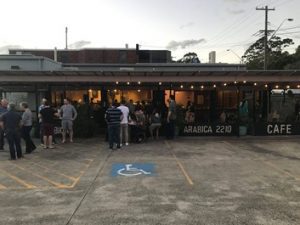 Things to be praying for: