HomeCommunityGraduates from the 1950s and 60s reunited 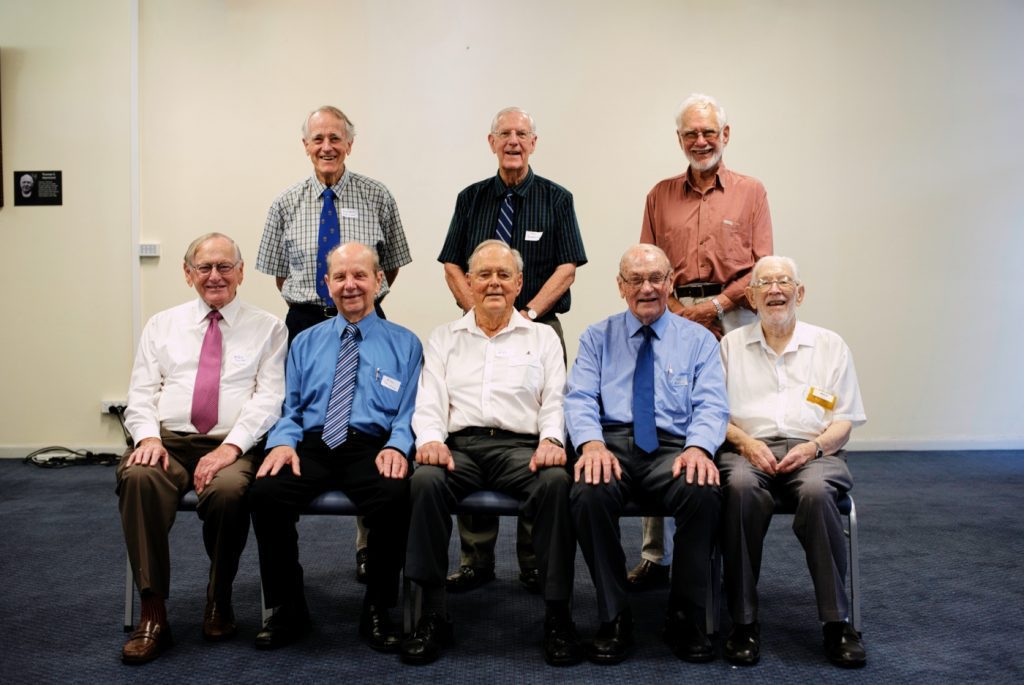 In early February, we had the great privilege of welcoming back the ordination class of 1959 and the graduation class of 1964 for their 60th and 55th reunion celebrations.

It was a joy to listen to their stories of Moore College in the 1950s and 60s. There were many rich reflections on their time at College. They spoke fondly of the nightly residents’ prayer gatherings at But-Har-Gra, weekly senior students’ meetings with Broughton Knox in his first years as Principal, and being taught by a small group of godly faculty members.

It was encouraging to hear about their lives and ministries over the following decades. From the 1964 group, Peter Carroll told us how he began the work of developing a Kunwinjku alphabet for the Kunwinjku people of west Arnhem Land. This has resulted in the recent (1 August 2018) completion of the Kunwinjku New Testament. Also from the 1964 class, we heard about the late Bishop Brian King, who played Rugby Union for the NSW Waratahs and worked as a chartered accountant before training at Moore. This was followed by pastoral ministry roles in Sydney, then his appointment as Bishop of Western Sydney and concurrently Bishop to the Australian Armed Forces.

They joked about arranging the next reunion celebrations in 5 to 10 years time. They discussed how it would be great to gather together again in future, although they conceded that this might well be before the throne of God. The depth of fellowship, concern for one another and confidence in their salvation because of Jesus was inspiring. 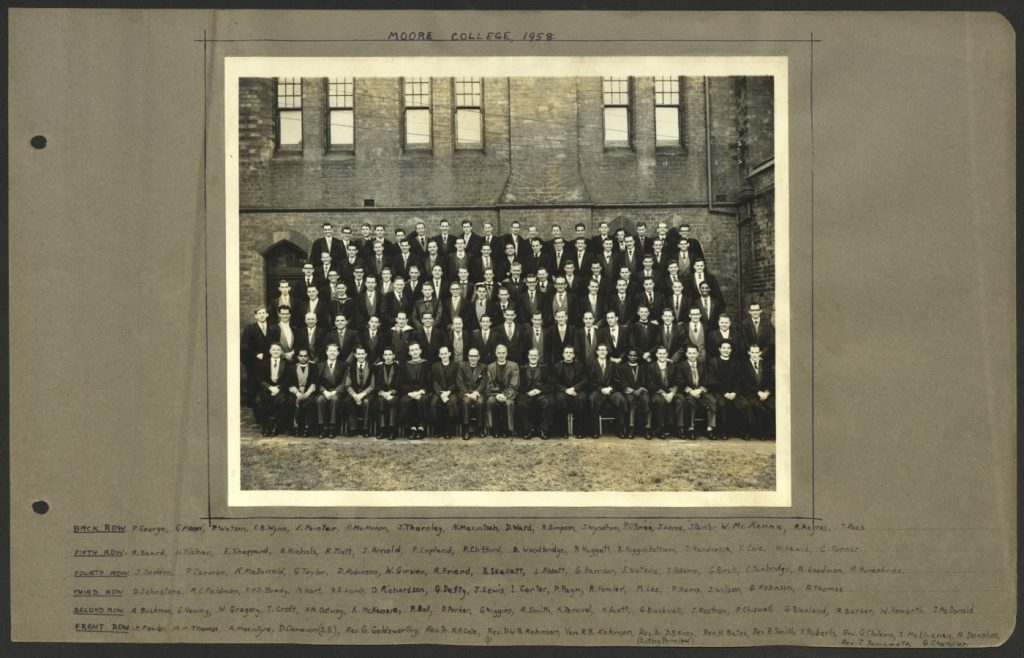 All students and faculty photo, 1958 (the 1958 graduation class were ordained the following year) 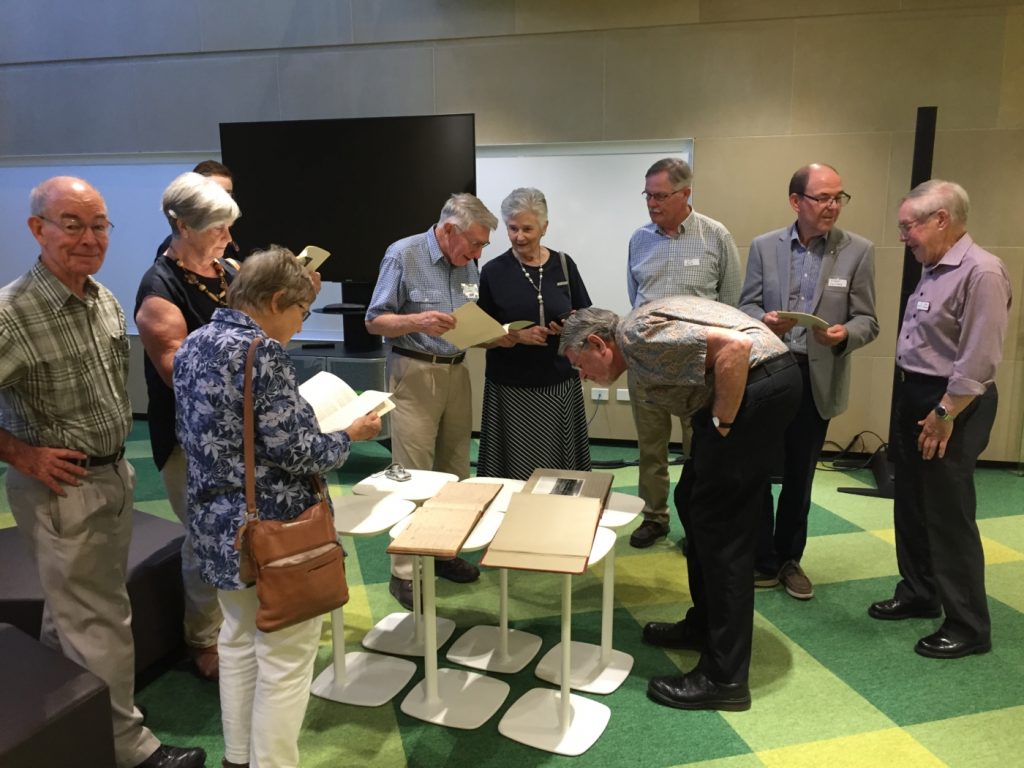 The 1964 graduation class and their wives viewing memorabilia from their time at College in the library. 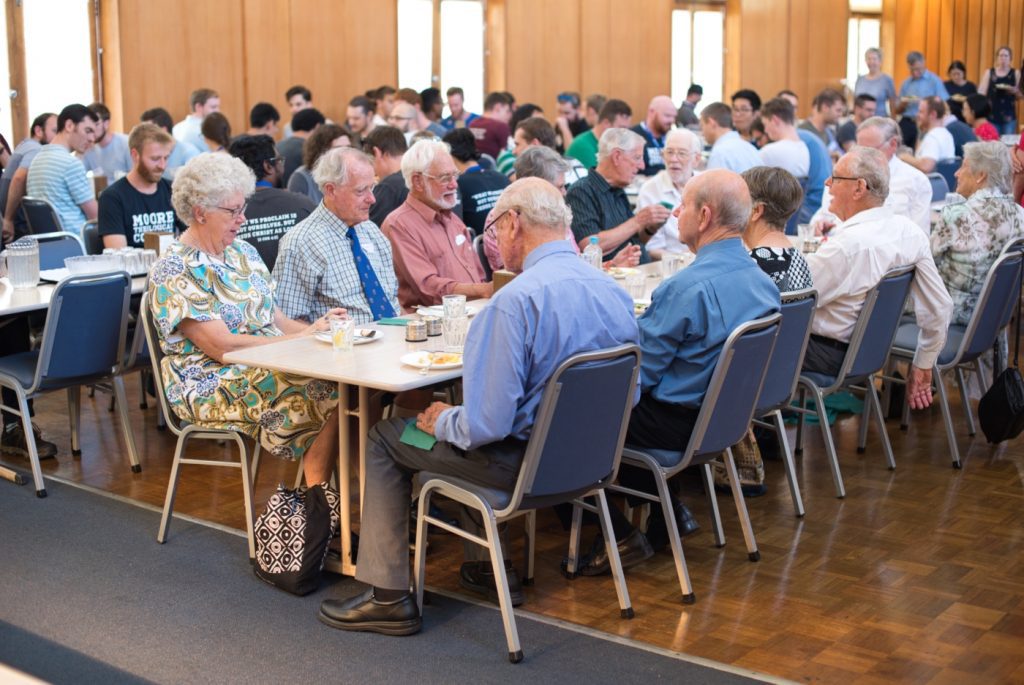 The 1959 ordination class and their wives enjoying lunch together with the students of 2019 in the dining hall. 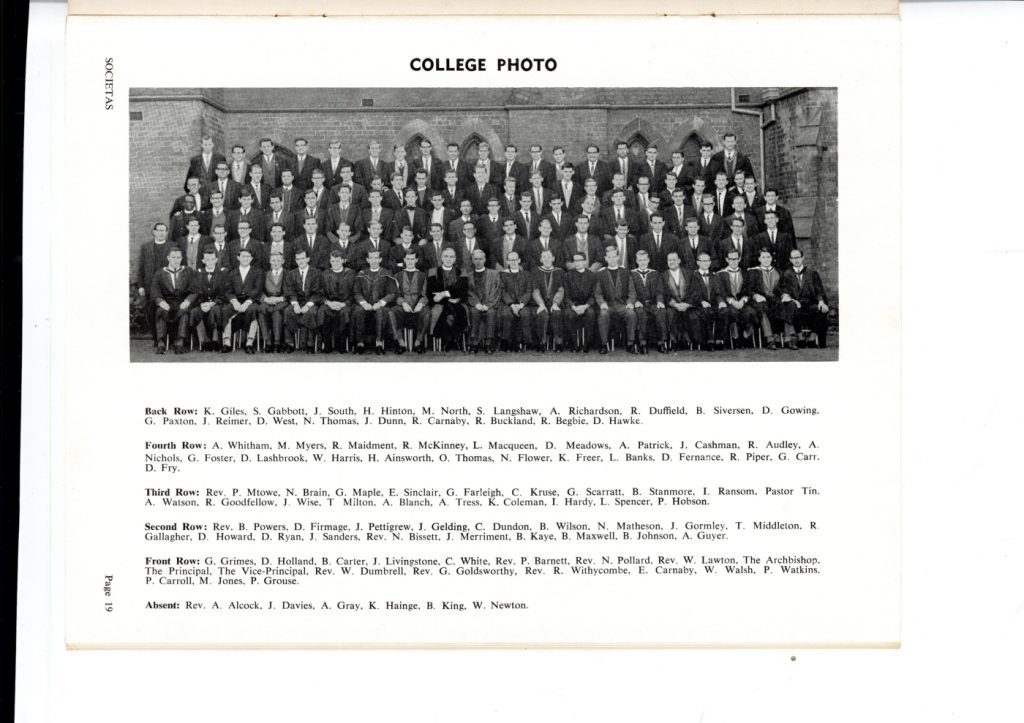