Some years ago, in a lecture I was giving, a man said to me that Australia would be a better place if it never let Muslims into the country. You can imagine my shock at such a statement. I tried quickly to turn the heat down on the conversation and get to the root of what he was trying to say. It became clear that he thought Australia was a Christian nation, and the answer for a flourishing society was to get ‘back’ to a purely Christian context (we can’t really ‘get back’ because this has never been a reality). As offensive as his comment was, I wonder if it doesn’t represent the sentiment – or perhaps the fear – of many people in our society today.

On the one hand, there are some people who believe that getting to a single religious community – undoubtedly their community – would be the best form of society. If everyone believed the same, then there wouldn’t be any conflict over morality, or even public policy. Of course, the only way to get to such a pure religious community would be to either – get rid of anyone not like you, or embrace a totalitarian authority! On the other hand, there are some people who are afraid of discussions about religion because they think those interested in the conversation only want their form of religion to be valid, and that form of religion isn’t theirs. But what if as a society we are best when we allow people freely to choose what they believe, and freely to live according to their conscience?

In the early centuries of the Christian church, persecution was common for Christians and widespread throughout the Roman empire. Christians primarily faced trouble when they refused to worship the emperor. So, the emperor sought, through his officials, to force the issue – to coerce allegiance and honor, or rid the empire of dissension. The sad reality of this persecution was that the early Christians were not against the emperor, but rather prayerful for his wisdom and success.[1] Of course, this persecution could never bring allegiance, only the appearance of loyalty for fear of punishment. The early church father Tertullian put it this way:

It is a fundamental human right, a privilege of nature, that every man should worship according to his own convictions: one man’s religion neither harms nor helps another man. It is assuredly no part of religion to compel religion—to which free-will and not force should lead us—the sacrificial victims even being required of a willing mind. You will render no service to your gods by compelling us to sacrifice.[2]

Can we agree with Tertullian that freedom of religion is a fundamental human right? Yes, I believe so. But there isn’t a single verse in the Bible that clearly articulates this principle. This isn’t to say religious freedom isn’t a biblical principle, but instead that it is a principle that must be explained from theological principles we conclude from Scripture. Below, I will outline three theological points that I believe show us that freedom of religion is a human right, and that it is integral to the common good of society according to God’s design for the world. 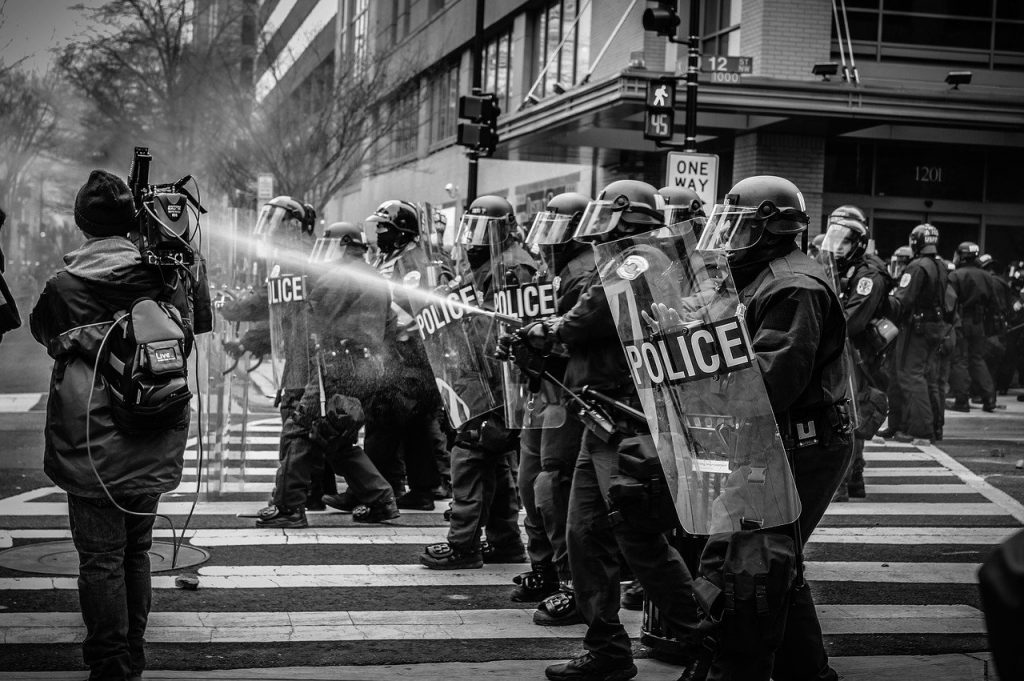 First, we must understand that God made human beings with agency (ability to decide and act) and dignity. In fact, agency and dignity go hand-in-hand. God made human beings – both male and female – in his image, and as image bearers gave them the task of having dominion over the earth (Gen. 1:26-28). For this task, humans were equipped with all they needed to carry-out their task: the ability for relationships, a rational mind, moral righteousness, and reproductive capability. This equipment was intended to be used to honour God freely. Of course, in the freedom of their choice humanity rebelled against God. But even after their disobedience, God still permitted humans to live with agency and dignity. Ongoing accountability for our lives is a mark of dignity –God counting us worthy of judgment as his creatures.

Second, God gives grace to all to live in his world. He extends a basic framework for order in Genesis 8:21-9:17. Every living being is given a structure for relationships, with the dignity of human life being marked out by a penalty required for taking of life (9:5-6). Common grace provision to all creatures is seen throughout Scripture. Psalm 145 is one example of the Lord’s kind care for all flesh (Ps. 145:9, 14-16), granting a basic satisfaction to all. But the Lord also satisfies his chosen people as they know him intimately (Ps. 145:18-20). It is particular grace that God grants to his covenant people, saving them from among common humanity’s plight, that leads them to the ultimate satisfaction of enjoying him eternally.

Third, God gives the gift of government to uphold good order for all (Rom. 13:1-7; 1 Pet. 2:13-17). Government takes both common and particular forms, just as God’s people live commonly in the world, and in near fellowship as the church. So, civil government is the political system common to society that, at its best, recognizes the dignity of all life and therefore upholds the freedom of agency bestowed on each individual. Key to this freedom is the choice to believe what one chooses, and to act according to one’s conscience. The primary limitation to this free expression is when harm is caused to another (Gen. 9:5-6). Particular to the people of God is the governance of church leaders, intended for the good order of Christian community including the growth and maturation of the people unto Christ.

Recognizing the divisions of God’s interactions with the world – both common and particular relationships – helps us to uphold the appropriate expectations of different authority structures in society. Christians should not expect the civil government to become an extension of the church, nor should the civil government expect to exercise authority over the church. This would be tantamount to a confusion of categories, and would ultimately lead to coercion or oppression. Jesus himself recognized an appropriate separation of powers in the world, both with valid authority over different spheres of life (Lk. 20:19-26). So, in this age it is important and necessary that Christians respect authority of both the civil government in temporal affairs (1 Pet. 2:13-17) and the officials in eternal affairs (Heb. 13:7; 1 Tim. 5:17-22; Tit. 1:5-16). But it is also equally important that we maintain proper perspective: there is one King who rules over all, and he will reign forever in truth and with justice (Ps. 145:20-21).

As we await the coming King and his kingdom, it is important that we recognise the good provision God has made for a pluralistic society: one in which each human agent is upheld in their God-given dignity. Freedom must be maintained as a basic human right because it is only in a truly free environment that genuine worship is possible. That is, it is only when one is free from coercion that they may truly repent and believe. And, it is only when one is not oppressed that they can freely express true devotion. Long may the Lord grant freedom for all to worship and believe as they choose, recognizing this gift of agency is a mark of dignity, one for which we will all ultimately be held to account.