The John Chapman Preaching Initiative (JCPI) has been created by Moore College to assist students to be better preachers of God’s word. Simon Manchester has been selected to fill this important new ministry role for the College. He is one of Australia’s most respected preachers and will soon retire as Senior Minister of St Thomas’ North Sydney.

“I am determined, as far as ever I can, to preach the gospel plainly and simply, so that everybody may understand it.” – C.H. Spurgeon 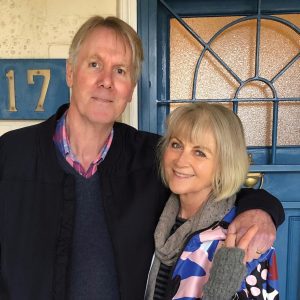 In his 30 years at St Thomas’ North Sydney, Rev Simon Manchester has been a respected leader and teacher, not just inside St Thomas’ but across Sydney, Interstate and around the world. His outstanding teaching gifts, wise leadership, and consistent mentorship of others are just some of the qualities he would bring to this new role. His broad connection with the Anglican Communion also makes him an ideal advocate and ambassador for Moore College.

Simon’s ministry began in the beach-side suburb of Bondi, when he was converted aged 18. Having believed he had been called into Christian ministry, he studied at Moore Theological College from 1976–1979.

An important, defining period in his ministry development was in London, where he served as Curate at St Helen’s Bishopsgate from 1982–84 under Dick Lucas. Dick initiated a pioneering lunchtime Bible teaching programme to serve the City of London’s pin-striped community, in which Simon was also involved.

Simon was appointed Rector of St Thomas’ North Sydney in 1989. His outstanding preaching and pastoral ministry have impacted on thousands over the past 30 years. In particular, the radio program ‘Christian Growth with Simon Manchester’ on radio station Hope 103.2, has seen his preaching appreciated by over 100,000 listeners each week across Australia and around the world. 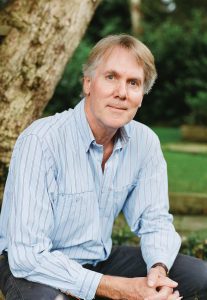 The provision of funding for this role will enable Moore College students, the College and churches throughout Sydney and beyond, to benefit from Simon’s preaching and teaching experience. Simon’s expertise and gifts have been clearly demonstrated in over 40 years of ministry.

The role has two key responsibilities:

By supporting this strategically significant new role, you will be helping to equip a new generation of preachers for future ministry.

Whether you have been blessed through Simon’s ministry at St Thomas’, or heard him preach via 103.2 in “Christian Growth with Simon Manchester”, your contribution will recognise the impact that Simon has had in your life through the clear preaching of God’s word and the need of a key mentor like Simon to support and help equip aspiring preachers.

Note that gifts $2 and over are tax deductible.

You can donate via card, and you can also donate via Direct Deposit. If donating via Direct Deposit, please include your name and “JCPI” in the description box, and please also advise the College by contacting the Financial Controller Leanne Veitch on +61 (0)2 9577 9865 or by email at leanne.veitch@moore.edu.au so a receipt for your donation can be issued: