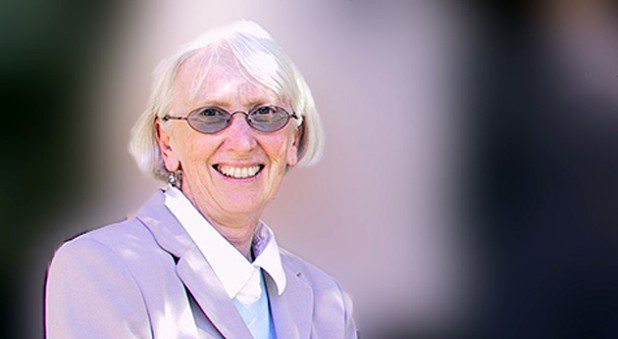 “In all my dealings with her, Narelle Jarrett was a model of integrity and grace”, commented current Moore College Principal, Dr Mark Thompson. “On numerous occasions she took the time to encourage me as a young member of the College faculty. I am very grateful to God for Narelle and her ministry. So are the very many women who were encouraged by her to use the gifts God has given them in a way that promotes the glory and honour of Christ.”

Jane Tooher, the Head of Women’s Ministry at Moore College and Director of the Priscilla and Aquila Centre, said “Narelle Jarrett was a gifted pastor, preacher, and teacher. Her sermons demonstrated her fine exegetical skills and her ability to apply God’s word to her hearers. Sitting in her lectures, I always got the sense that she was on top of her material and that she loved lecturing. Narelle was an excellent listener, full of grace, gentleness, and compassion. It was lovely to experience this in one-to-one situations but also in other contexts, such as in her chaplaincy group. Her various ministries over the decades demonstrated her deep passion for training men and women (but especially women) for a variety of ministries. As a new graduate of Moore, she asked me to give some of her Mary Andrews lectures while she was away. This idea was terrifying for me, but things such as this she regularly did to raise more workers for the harvest. When Narelle began serving as Archdeacon of Women’s Ministry, it was an honour to be part of the Sydney Diocesan Women’s Ministry Team which she led and to further benefit from her wisdom.”

Dr Peter Jensen, who was Principal of Moore College when Narelle was appointed Principal of Mary Andrews College, and who invited her to lead the Sydney Diocesan Women’s Ministry Team shortly after he became Archbishop in 2002, remarked “I have always admired her imaginative leadership and faithfulness to the Lord. I enjoyed my time working with her as a colleague. Her lectures in church history were much appreciated by students.”

Dr John Woodhouse, Principal of Moore College during the later years of Narelle’s principalship and who worked with Narelle in the integration of theological education for both men and women, has written “I thank God for Narrelle Jarrett’s generous wisdom and godly commitment over many years to the encouragement and training of women for the service of the gospel of our Lord Jesus Christ. I am particularly grateful for the key role she played in helping and supporting the development of what is now called the Priscilla and Aquila Centre at Moore College. It was a privilege to have served with her.”

Mindful of the great resurrection hope, we look forward to that day when we will be gathered with Narelle around the throne of the Lamb.
Read more . . .