HomeCommunityMoore College Gives Thanks For The Life Of Dr. B. Ward Powers

Moore College gives thanks for the life of Dr. B. Ward Powers who died on 7th May 2022.

Dr. Powers graduated from Moore College in 1959 and joined the Moore College staff as the Secretary for External Studies in 1964. During the next four years, he oversaw the development of the PTC into a three-year correspondence course for church members. After studying for his doctorate through the University of London, he joined the staff of Sydney Missionary and Bible College, where he served with distinction from 1978 until 1989. 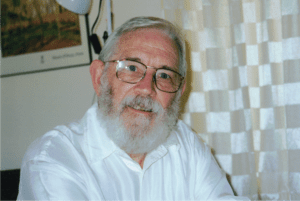 His writing often presented unique perspectives on the wide range of topics he covered, as evidenced by his The Principles and Practice of Religious Accounting and Taxation (1965), The Significance of the Sacraments in the Early Church (1970), The Progressive Publication of Matthew (1977) and Divorce: The Bible and the Law (1978).

Perhaps his most widely known and appreciated book remains his Learn to Read the Greek New Testament (1980), in which he brought linguistic principles to bear on the teaching of New Testament Greek.

Ward’s long-standing commitment to theological education and the faithful teaching of the Bible, not to mention his highly significant contribution to the development of Moore College’s correspondence course, are all gifts for which we give great thanks to God.
Read more . . .