The Antioch model: a platform for mission

If we want a clear missionary pattern, we need look no further than the book of Acts, writes Malcolm Richards.

The history of the church is full of remarkable stories of the gospel breaking new ground as it makes its way across the globe. In Acts 1:8 the risen Jesus, using the words of Isaiah 49:6, predicts that his good news about the Kingdom will reach the ends of the earth.

One such story is that of Waswa Munubi. He was born in northwest Uganda in the mid-1860s and as a young man was apprenticed to a witch doctor. He was also influenced by Islam, brought to Uganda by the Arab slave traders.

From this background he became a Christian at about the age of 30 through CMS missionaries. With a new faith came a new name – Apolo Kivebulaya – and he was sent as an Anglican evangelist to a pagan tribe in the village of Boga, in what is now northeast Congo. 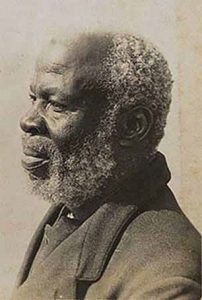 Although initially welcomed, he endured significant persecution as he promoted Jesus as Lord and spoke forcefully against sorcery, polygamy and drunkenness.

The chief ordered Apolo to be beaten severely. Although the beating brought him near to death, he recovered and kept on with the ministry. The chief was impressed by Apolo’s tenacity and faithfulness, together with his willingness to suffer for Jesus, and then subsequently – miraculously – became a Christian himself. And so Christianity and the Anglican Church took root.

So, because of this one faithful Christian, prepared to go from the known to the unknown and to suffer for Christ, many have been brought into the kingdom – one more tribe and language standing before the throne.

In Acts 11 and 13 we see a major breakthrough point in the gospel going out to the nations, as the church in Antioch is established and then becomes central to God’s plans to take the good news to the ends of the earth. Antioch is the next Jerusalem, or centre for ministry expansion.

In 11:19 we read that “those who had been scattered by the persecution that broke out when Stephen was killed travelled as far as Phoenicia,Cyprus and Antioch, spreading the word only among Jews”.This takes us back immediately to Acts 8:1 and 8:4 and the scattering following the Jerusalem persecution. All the Christians except the apostles are reported as leaving Jerusalem. The Bible doesn’t say they were going out officially as evangelists but, nevertheless, having been taken over by Jesus, they take the gospel with them.

This new diaspora of Christian Jews met up with the existing Jewish diaspora in the established in various Jewish communities. However, in v20 we see that some of these unknown evangelists, men of Cyrene and Cyprus, arrived in Antioch (a key Roman city in what is now Turkey) and – as well as preaching to Jews – also told the Greek-speaking Gentiles about Jesus. Now we have both Jews and Gentiles becoming Christians in great numbers.

The Jerusalem church is delighted and decides to send back-up. It’s not clear if the leaders in Antioch asked for help or if head office thought it was prudent, but the man they choose to send is Barnabas. A wise choice: not only is he also from Cyprus, but verse 24 tells us he is a good man, full of the Holy Spirit and faith – interestingly, the same description given of Stephen in 6:5. As a result of Barnabas’ ministry, a great many more people, Jews and Gentiles, become Christians.

What joy! Clearly, God is working so powerfully in the city that more help is needed. Barnabas goes to fetch from Tarsus the now converted Paul – the new Apostle to the Gentiles – and brings him to Antioch.

Now they have enough ministry resources to cope and Paul and Barnabas teach (and presumably evangelise, since many in Antioch were becoming Christians) for a whole year. We don’t know what the church in Antioch looked like but scholars think it’s probable that it was a number of house churches, as in other cities.

In the early chapters of Acts we are shown the picture of gospel growth in Jerusalem. We see that through the Holy Spirit the church is empowered to gather for teaching, building up the fellowship and prayer (Acts 2:42), as well as declaring the gospel to non-believers. The whole fellowship is taken over by Jesus!

In the summary statements of 2:47 and 6:7 we hear that “the Lord added to their number day by day those who were being saved” and “the word of God continued to increase and the number of disciples multiplied greatly in Jerusalem and a great many of the priests became obedient to the faith”.

Now, in 11:21 and 11:24, the same sort of language that was used of Jerusalem and the apostles is used of the work in Antioch:

Luke is deliberately picturing Antioch as the new Jerusalem, or the next Jerusalem, with the same dynamic messianic community and the same work of the Holy Spirit. However, there are two big differences. First, the work of ministry is not done by the apostles but ordinary Christians. And second, there is a whole new category of Christian.

In Jerusalem, only Jews were becoming Christian. Now, in Antioch, Jews are still turning to Jesus, but also this new breed: pagans, too, are becoming believers. Perhaps this is why they had to come up with the new name of “Christians” (v26).

These are Christ’s people – Jesus has indeed taken them over. Jerusalem has been cloned, and in a most repeatable manner. If it’s been done once it can be done again.

Between 11:26 and the beginning of chapter 13 Paul and Barnabas visit Jerusalem to take the love gift of famine relief. Now, in 13:1, the church leaders in Antioch are meeting with prayer and fasting, seeking God’s will. The Holy Spirit tells them to “set apart for me Barnabas and Saul for the work to which I have called them” (v2).

By the end of Chapter 11 the reader might be thinking, “Antioch looks like Jerusalem except for one thing: no scattering!”. But then in Chapter 13 we see it: the scattering/sending out phenomenon– not caused this time by persecution but, nonetheless, through a definitive intervention of the Holy Spirit.

So, we have the circular gathering and reaching out and now, with the sending out of Barnabas and Paul, we know this second Jerusalem in Antioch will definitely not be the last – that this pattern is set to be repeated time and time again until the Lord returns.

I believe that any healthy church or group of churches should be exhibiting this Antioch pattern. We can see that local ministry/evangelism and wider mission to the next suburb, the next city, the next state and the next country are normal parts of church life under the power of the Spirit.

It’s so unhelpful when people try and set the local witnessing activity of the Spirit in opposition to the wider scattering or sending work of the Spirit in mission. Both are clearly activities of Christ as he builds his kingdom, and both activities need the best people doing them.

It’s funny how the wheel goes around. When I was at college, people constantly questioned my decision to become a missionary. Why wasn’t I staying in Sydney where there was so much work to do?

Now it’s trendy to go anywhere rather than stay in Sydney. It’s even implied that those who want to stay in Sydney have no imagination and they are not taking the most strategic gospel path.

But it’s not as if the people involved in these two types of ministry – “local” and “mission” – are two separate groups. Please note that in the case of Antioch, the same people were used in both. Paul and Barnabas built up the church in Antioch and then were sent out. It is not necessarily one or the other!

Mission is a team sport. If you are convinced of the Bible’s clear teaching that the scattering/ sending out phenomenon is a normal part of church life, then the question is not “Should my church be involved in sending out?” but “How should we be involved?”

For a start every church should be actively identifying and encouraging suitable people to consider ministry – local, mission or either.

Second, recognise the place of mission agencies. They aren’t there to replace the local church’s responsibility to be involved in mission! It’s best to think of agencies as local churches in Australia combining forces to help each other do a ministry that needs particular expertise and training.

Acts is so exciting, as we see the gospel going from the known to the unknown. The Church must continue in this pattern until the Lord’s return, taking the known gospel to the unknown, so that people of every tribe and nation and language might be known by God.