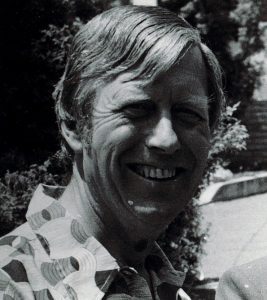 Moore College gives thanks to God for the life and ministry of Dr William A. Andersen, who went to be with his Lord last Saturday. Bill Andersen lectured several generations of Moore College students in Christian education while encouraging and mentoring a number of past and current members of the faculty.

‘Bill Andersen was always an encouraging model of grace, generosity and wisdom’, said Moore College Principal, Dr Mark Thompson. ‘We are deeply indebted to his work among us and express our sincere condolences to his family.’

‘Bill Andersen consecrated himself to the service of Christ, whether it was on the campus of Sydney University, exercising his very considerable intellectual gifts in teaching and unashamedly supporting Christian work on campus, or in theological education both at Moore and Morling. He was a committed evangelical Christian first and foremost. He was also a wise counsellor and friend.  We give thanks to the Lord for him.’

Dr Bill Salier, former Vice Principal and now Principal of Youthworks College, who had more to do with Bill Andersen than most before and during his time on the Moore College faculty, made the following statement:

‘It is with a mix of sadness and thankfulness that I note the passing of Bill Andersen. My first contact with Bill was as a Masters student at the University of Sydney in the early 1980’s. Bill was teaching philosophy of education courses at the time. I was impressed at the time by his model of Christian scholarship in a secular environment where his expertise in both education and philosophy was refracted through a Christian lens and presented with integrity, rigour, and without apology. Later at Moore College I had the opportunity to again be taught by, and to teach with Bill in a number of courses. These were wonderful times when I again experienced first hand the wonderful blend of sound and thoughtful scholarship with Christian grace that marked his teaching and personal presence. He had a wonderful sense of humour, always surprised to find himself amongst ‘the Anglicans’. I know also of his great work with Scripture Union and so many other areas where he gave generously of his time and expertise. Bill’s philosophy was very much based on the importance of persons, thoroughly informed by a biblical anthropology. He wrote extensively on this with respect to education but more importantly lived it daily in every interaction he had with others, treating people as persons with the care and respect due to them as created in the image of the God and Saviour he served. In all this he was a wonderful model of a mature Christian person, a godly scholar, and tireless worker for the glory of the Lord Jesus, that I still aspire to. He is missed, but with the joy that comes from knowing that he is now in the presence of his Lord and Saviour.’

A Thanksgiving Service for the life and ministry of Bill Anderson will be held at Gordon Baptist Church on Saturday 21 September at 12pm.
Read more . . .